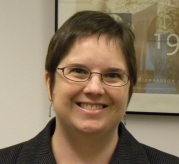 This case has been watched by universities around the country to see how a federal court would interpret fair use in regard to electronic copies and for educational use.  It has also spurred dialogue on problems with the current system for generating, publishing, and disseminating academic works.

In 2009, GSU revised its policies for electronic resources to address some of the publishers’ complaints, and the court ruled only instances occurring after that date would be considered.

On May 11, 2012, Judge Evans found copyright violations in only 5 of 99 excerpts and found the university’s policy had been a good faith interpretation of the fair use provision in copyright law.  She also set out specific guidelines to be used in evaluating fair use of copyrighted material.

The judge asked the publishers to submit a proposed injunction (filed May 31st) and gave GSU 15 days to respond.  On August 10, 2012, she rejected the severe injunction proposed by the publishers for an injunction limited to keeping the copyright policy consistent with the court's ruling and training faculty and staff in its application.  The court also ordered publishers to pay GSU's attorney fees.

The District Court of Northern Georgia's ruling was appealed by the Oxford University Press to the Eleventh Circuit Court of Appeals.

On Friday, October 17, 2014, the Eleventh Circuit Court of Appeals reversed in remanded the District Court of Northern Georgia's decision and found in favor of the publisher appellants.

On February 24, 2015, the Plaintiffs filed a motion with the District Court to re-open the record, and on April 23, 2015, District Court Judge Evans dismissed the motion to reopen the record and issued an order about briefing the court on what a new analysis of fair use for the original excerpts considered in the trial should look like.

On March 31, 2016, the District Court issued its opinion after reanalyzing the allegedly infringing works according to the direction of the Court of Appeals. The Court found 4 cases of infringement among 48 works and designated Georgia State the prevailing party.

On March 2, 2020, the District Court issued its third opinion on remand, stating that "the bottom line of the Court of Appeals' decision in Cambridge IV (the 2018 decision) is the following: The district court must reinstate its earlier findings that factor four strongly disfavors fair use for 31of the 48 excerpts. The district court must eschew a quantitative  approach to the weighing and balancing of the fair use factors and give each excerpt the holistic, qualitative and individual analysis that the Act demands. And the district court must omit any consideration of price from its analysis of the third factor." After re-analyzing the 48 works the court found 10 infringing uses and the rest to be fair uses.

On September 29, 2020, the District Court issued a Final Order. Although the court did find Georgia State the prevailing party, the judge did not award Georgia state attorney's fees. Plaintiffs were awarded declaratory relief on ten copyright infringement claims. Georgia State prevailed on the remaining 89 claims. The court entered an injunction directing Georgia State to maintain copyright policies which are not inconsistent with the rulings of the United States Court of Appeals for the Eleventh Circuit in the case. Georgia State was also ordered to inform all professors and other instructors in writing of these rulings.